A higher milk production may be achieved by so-called ‘metabolic programming’ of a calf, because an optimal nutritional strategy in the milk phase positively influences the metabolism of calves. 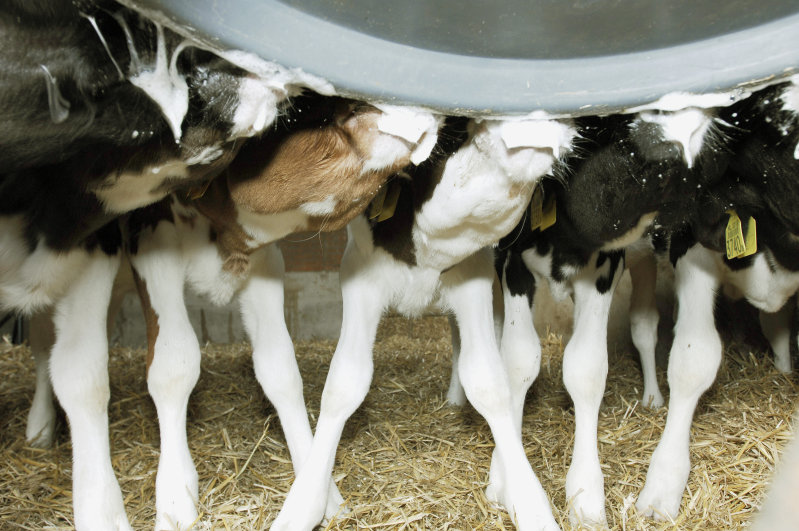 What is metabolic programming?

Scientific research in the United States has shown that supplying large amounts of milk up to weaning results in higher milk production in the first lactation. The high feeding schedule in the milk phase results in metabolic programming of the calves: it predisposes the calf to higher milk yields later in life.

In the past, the nutrition of calves was mainly focused on preventing mortality, on early weaning, and on high forage intake for optimal rumen development. However, research has shown that providing ad libitum milk (replacer) up to weaning results in a higher milk production during the first lactation1. Various studies have demonstrated that calves that were fed ad lib from birth up to day 56 produce 450 to 1.300 kg more milk in the first lactation, compared to a control group with limited milk supply 1,2,3. The high feeding schedule in the milk phase results in metabolic programming (genetic potential is better utilized) , which means that the nutrition in the first eight weeks of life determines the later performance as dairy cow. That is why it is of utmost importance to keep the calves healthy, to obtain an average daily gain of 850 grams in the milk phase, and to raise sustainable dairy cows.

In short, metabolic programming means predisposing the metabolism of a heifer – by optimizing the nutritional strategy in the pre-weaning phase – for high milk production. Providing high feeding levels, and keeping calves healthy should be the main goals in dairy calf rearing for obtaining high lifespan production levels.