It is a common ailment in dairy cattle: ketosis, also referred to as acetonemia. Research has shown that in the first two months after calving more than one out of ten cows suffers from clinical ketosis (Veeteelt, February 2nd, 2012). The percentage of cows suffering from subclinical ketosis is much higher. Ketosis causes major expenses and it’s estimated at 250 to 600 euros per cow per lactation. Plenty of reason to tackle ketosis on dairy farms vigorously!

How does ketosis occur?

Ketosis originates from a negative energy balance. This is caused by the tremendous increase in milk production after calving, with feed intake lagging behind, leading to an energy shortage for the lactating cow. This is clearly shown in the figure below “Negative energy balance dairy cattle”. At the start of lactation, energy requirement clearly is higher than energy supply through dry matter intake, causing the cow’s body weight to decrease. 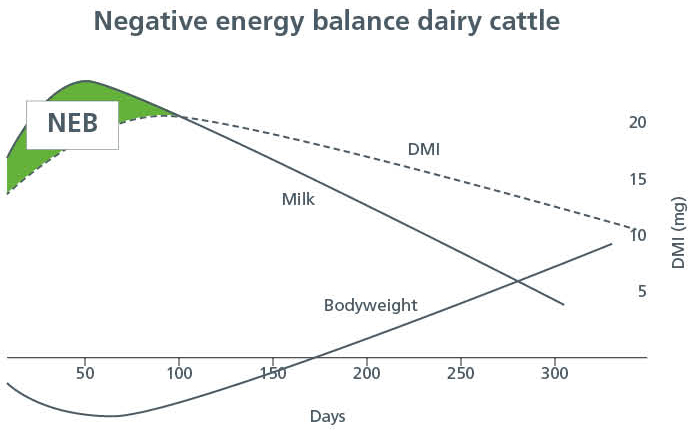 Cows in a negative energy balance mobilize their bodily fat reserves to fulfill their energy requirement. In this process, ketone bodies (acetone, beta-hydroxy-butyric acid (BHBA)) are formed.   When the concentration of ketone bodies in the blood reaches a certain level (BHBA > 1.20 mmol per liter), the cow is diagnosed as suffering from ketosis. The body is able to process small amounts of ketone bodies, but larger amounts will build up in the body, causing ketosis.

Ketotic cows become lethargic, lack appetite, and consume insufficient amounts of concentrates.  The milk production is lower than expected, the manure becomes more solid, and the cow’s body condition score declines. Also, the animals are more susceptible to other health issues, like metritis and displaced omasum. Severe cases of ketosis can be recognized by a typical acetone smell of the cow’s exhaled breath.

Below, the effect of ketosis on cow’s health is summarized. Often, the problem of ketosis originates from the time right after calving. The schedule below shows the consequences of suboptimal calcium supply and immune function after calving. Which results in a suboptimal dry matter intake immediately after calving and increases the risk on ketosis.

It is important to supply cows suffering from ketosis with energy. This can be achieved by adjusting the ration, but products like propylene glycol or glycerol also provide a good option. Paying attention to the management in the dry period can also bring solutions: Proper dry period management will enable the cow to consume sufficient amounts of dry matter after calving.  This will reduce the risk of ketosis and keep feed intake at the right level, diminishing the negative energy balance. When ketosis is a farm-wide problem, adjusting the ration – by adding KetoCare – is a good option. 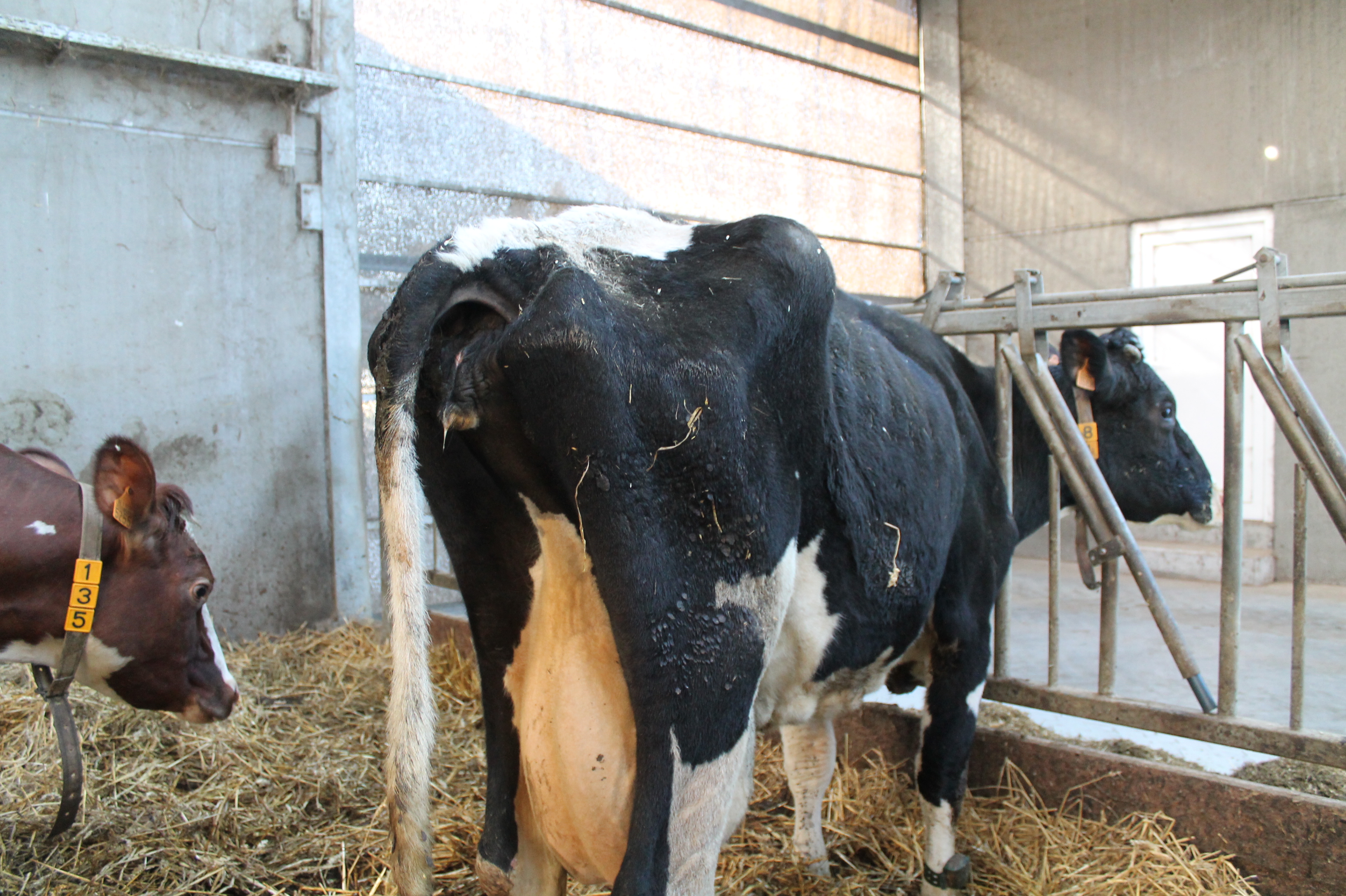 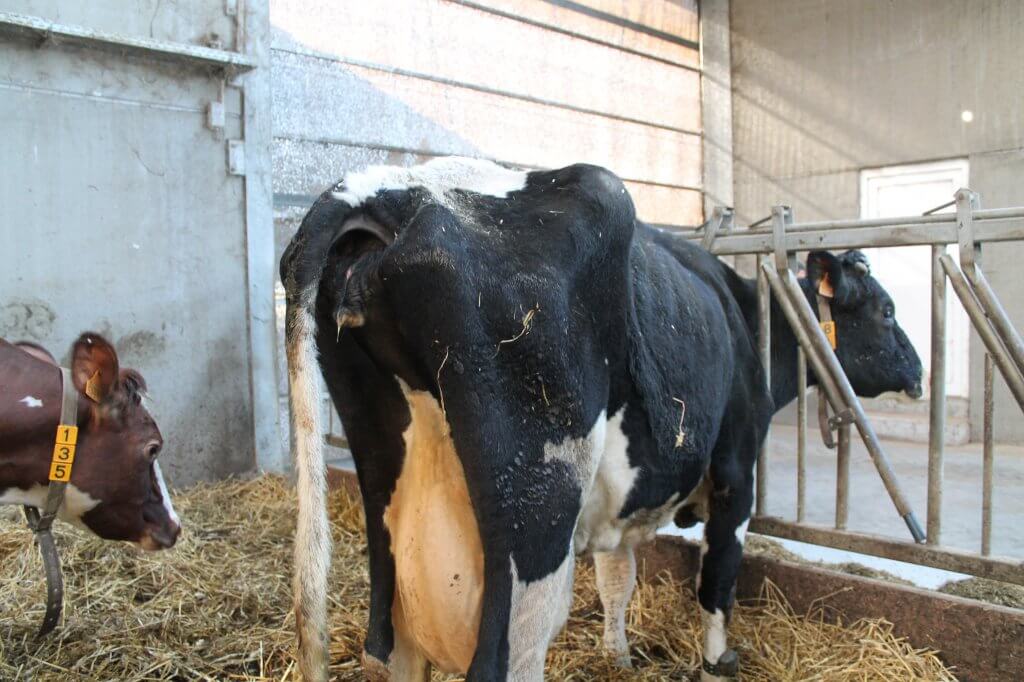