What is the difference?

In case of illness or disease we often talk about certain symptoms or behaviour we observe in animals. These external signs provide insight to obtain a diagnosis. However, a distinction can be made between clinical and subclinical symptoms. Clinical symptoms are signs that are directly visible. Subclinical signs cannot (yet) be seen from the outside of the animal.

Subclinical diseases do have impact!! 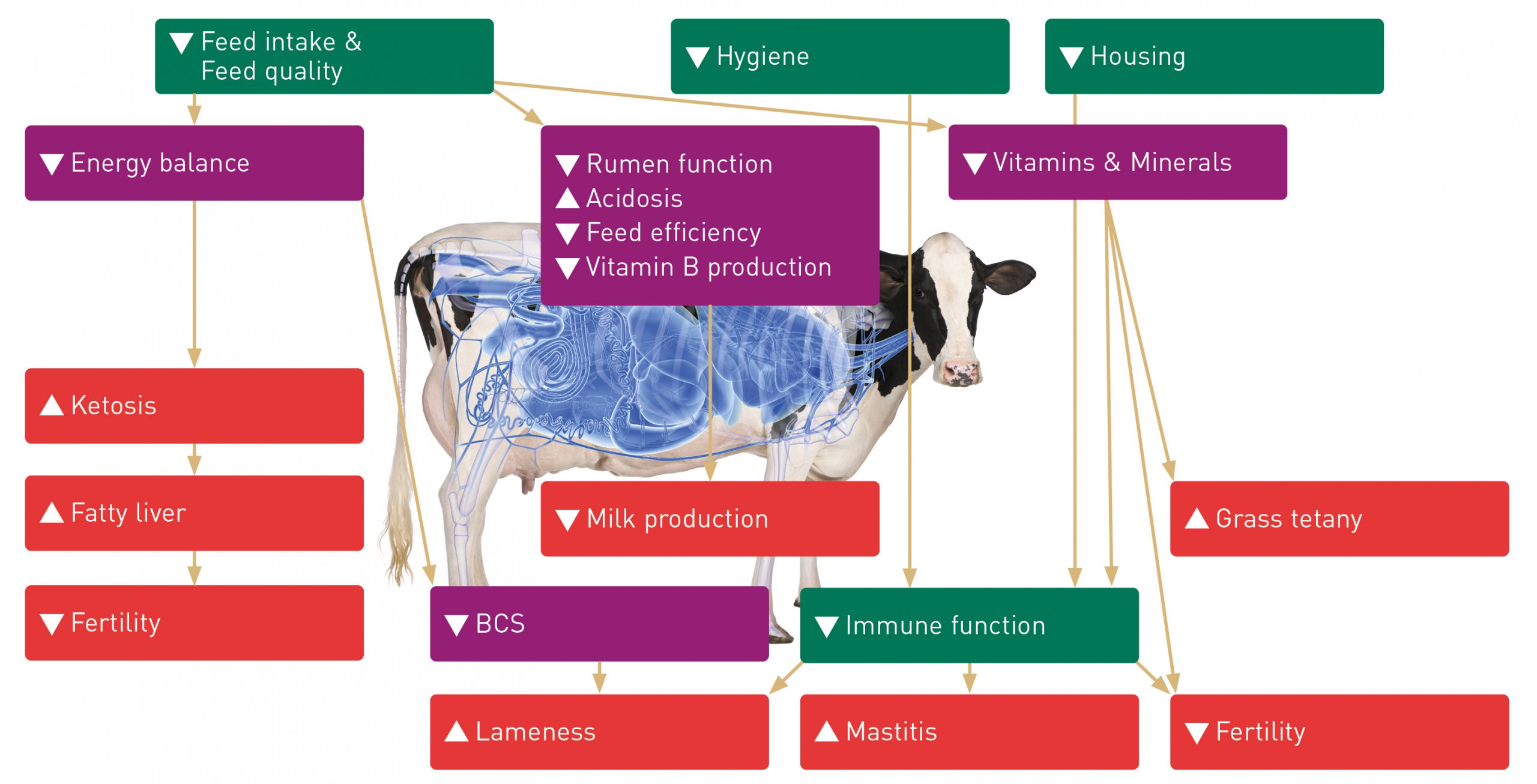 The above image shows the effects on a dairy cow where feed intake, feed quality, hygiene and housing are “not optimal”.
▲ = increase/positive effect      |     ▼ = decrease/negative effect

One problem may lead to another. Cows suffering from, e.g., subclinical milk fever have an increased risk of developing other diseases, because a sufficient amount of calcium is required for a proper muscle function. A low calcium level in the blood may lead to:

Percentage of subclinical milk fever increases with the number of lactations

Next to milk fever, also ketosis is a frequently seen problem in dairy cattle. Research has shown that more than one out of ten cows suffers from clinical ketosis2. The number of cows suffering from subclinical ketosis is even higher. Costs of ketosis are estimated between € 250 and € 600 per cow per lactation. Reason enough to do whatever it takes to tackle ketosis on the farm. 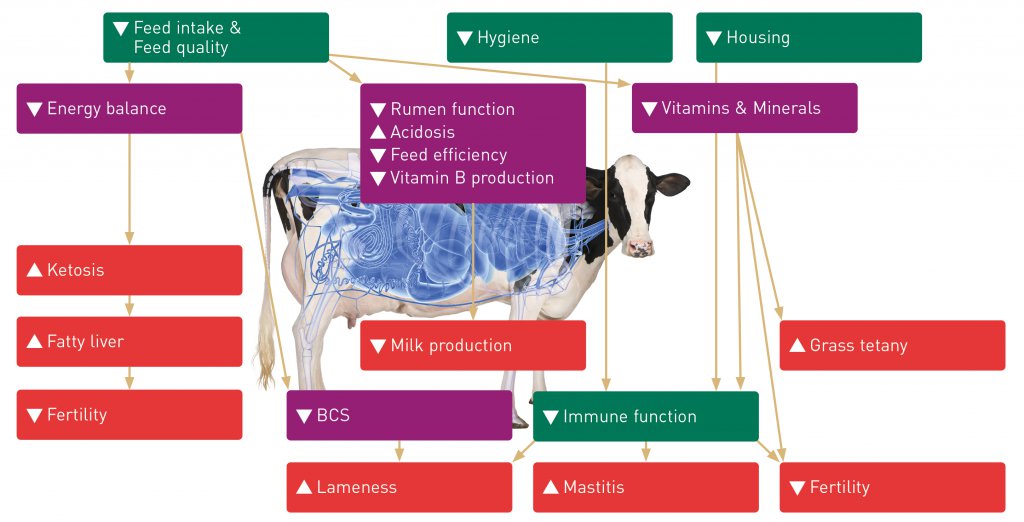