Earn tens of thousands of euros per year!!

The lifespan of dairy cows is an important component of sustainability. The term ‘lifespan’ is commonly used to indicate the period between birth and end of life by natural causes at an older age, but nowadays – in our intensive agricultural systems – the lifespan of cows is considerably shorter than potentially feasible. At the moment, an average cow lasts for about three lactations1. With respect to sustainability, profitability and social acceptance, large steps can be taken with a longer lifespan of dairy cows. From a financial point of view, the benefits may amount to tens of thousands of euros each year! An important question of course is: how? The rearing of calves and heifers, the first phase of lactation, and persistence of milk production during lactation are crucial stages where improvement is possible. Below we present a calculation example and more information.

A Dutch dairy cow on average completes a little more than three lactations, with a total milk production of approximately 30,000 kg of milk2. Replacement of dairy cows is in seven out of ten  cases not voluntarily; premature culling can often be avoided by preventive measures. Main causes of involuntary culling are mastitis, hoof problems, and reduced fertility3,4. Preventive measures are a good investment to avoid these health issues and increase the lifespan of dairy cattle. Increasing the productive lifespan of dairy cows from three to five lactations brings the following benefits:

Above picture: Rearing costs per litre of milk decrease by 2.5 cents when a dairy cow completes five instead of three lactations

When succeeding in the prolongation of the productive lifespan from three to five lactations, this means that a farm with 100 dairy cows can reduce the number of heifers required for replacement by 13 calves. The coinciding reduction of rearing costs amounts to € 21,000. Because less youngstock is kept on the farm, more milk may be produced within the same phosphate reference of a farm, which leads to a profit of approximately € 32,500 per year. Investing in the rearing of heifers causes the heifers to calve at an earlier age, and to produce more milk, with a financial benefit of € 4,500. The calculation below (Table 1) shows that the total financial benefit for a farm with 100 dairy cows may improve with on average € 25,500 to € 37,000 per year, when the productive lifespan of the dairy cattle is increased from three to five lactations5.

Table 1: Scenario from 3 to 5 lactations.

NB: This is an example. Exact numbers depend on specific circumstances on the farm, and may vary between farms.

Figure 2 schematically shows the relationship between the number of successful lactations and farm profit. From the second lactation onwards, proceeds make up for the rearing costs, and a profit is made. It becomes clear that the profitable period is relatively short when a dairy cow completes only three lactations. 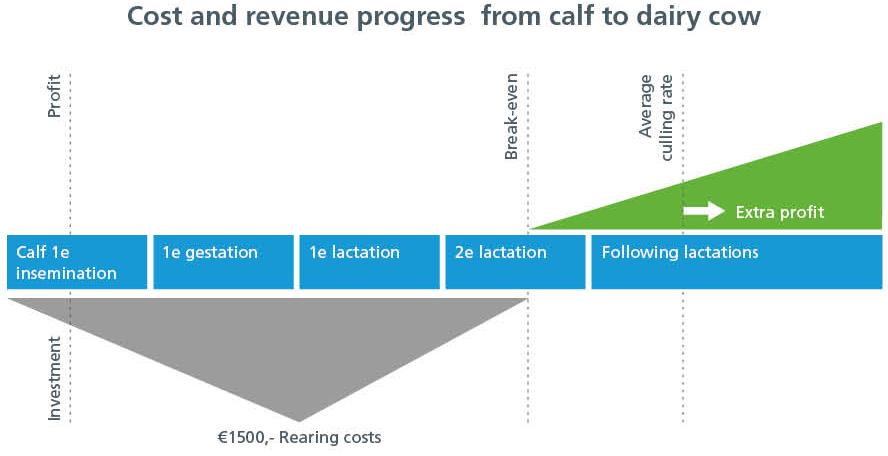 Figure 2 Cost and revenue progress from calf to dairy cow

Invest in rearing of heifer calves

Investments in the rearing of heifer calves result in earlier calving and higher milk production of heifers. A higher milk yield may be obtained by so-called ‘metabolic programming’ of animals. An optimal nutritional strategy in the pre-weaning phase positively affects the metabolism of a calf.  The capacity of an animal to produce large quantities of milk in adulthood is determined by her growth rate in the first two months after birth.  Research shows that 100 grams of extra weight gain per day in the first two months results in 400 litres additional milk production in the first lactation6. The animal is healthier, utilizes the feed more efficiently, and develops more udder tissue in the first two months of life, resulting in a higher lifespan production performance. To optimize this process, we need to ensure that the calf can grow undisturbed, and that incidences of diarrhoea are prevented.  Topro products, like Diarfix and Colostrum Mix, help to keep your calves healthy.

Only healthy cows can have a long productive life. This implies that the rearing of replacement heifers requires a lot of attention: well begun is half done! Optimal rearing results in heifers giving birth to their first calf at an age of 23 months. For a flawless lactation start, adequate transition management is key. Ketosis, udder health, and hoof and claw health are important points of attention. Prevention is better than cure! Maintaining a high milk production throughout lactation requires optimal fertility, mineral supply, claw health and udder health. Investing in all of these aspects results in a healthy dairy cow population, that will complete two more lactations. 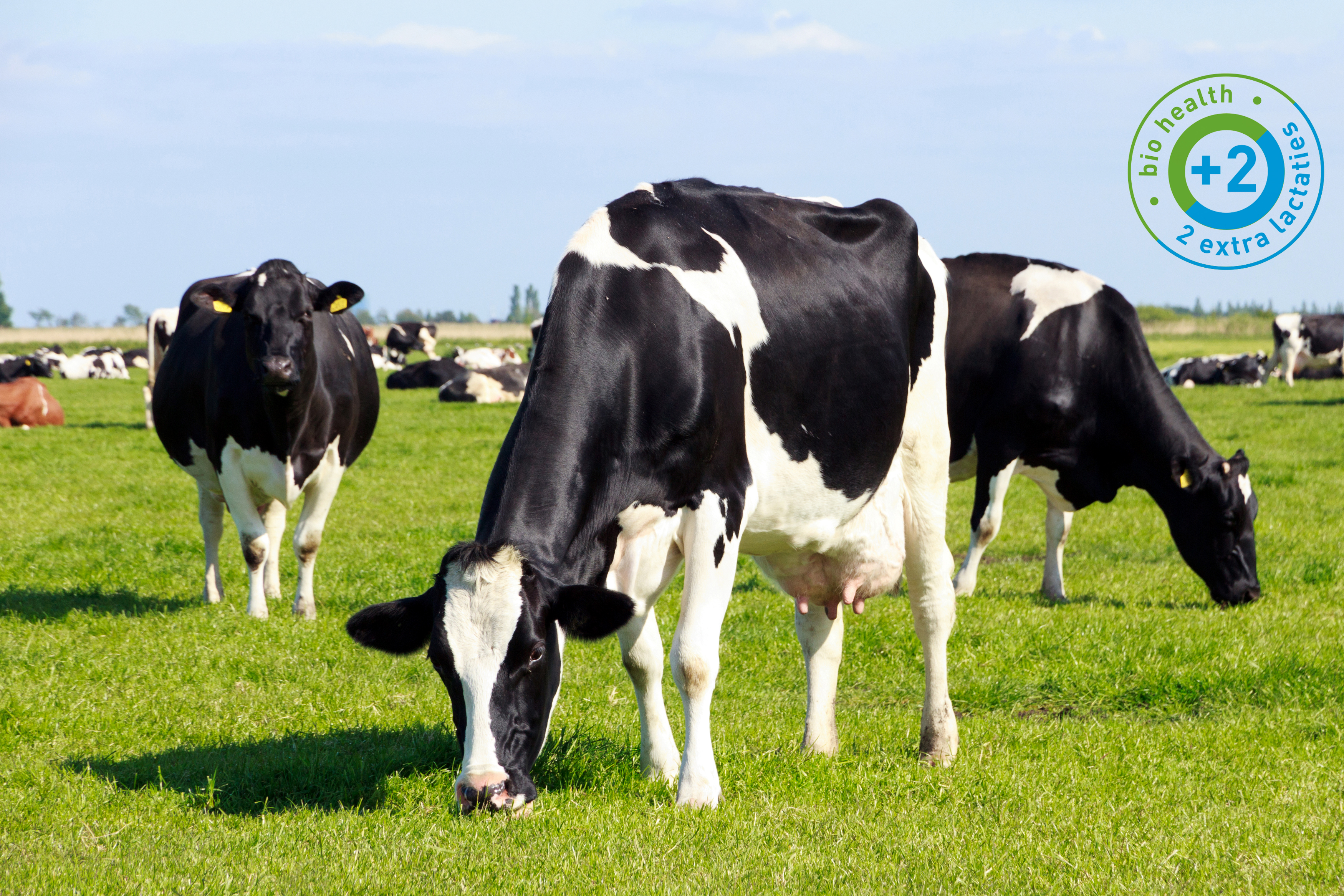 Black and white cows on farmland