Dairy farmers mostly aim for a time between calving of 365 days, which means that the lactation has a length of over 305 days and the cow bears a calf once a year. The calving process and the start of a new lactation is a risky period for the cow. In the period around calving, a great deal is demanded of the body of the cow. In a very short space of time, the cow calves, lactation starts and the animal switches group and feed rations. After calving, the cow is extra vulnerable due to the negative energy balance. This places a demand on its reserves to compensate for the rising milk production. Most health problems, such as chronic milk fever, mastitis and LDA/RDA therefore occur after calving, at the beginning of the lactation period. 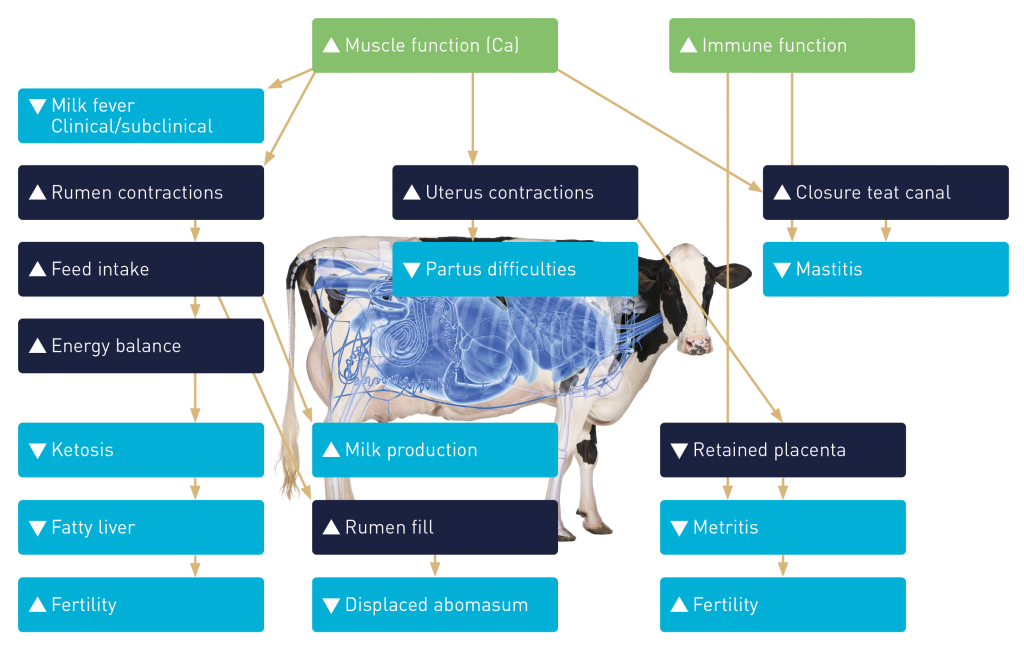 Figure – Effects of calcium and energy shortage in dairy milk

Below you will find the most common ailments described, focusing on the occurrence, the symptoms, the costs and the treatment.